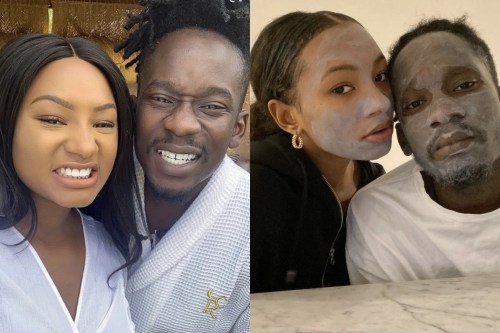 The couple who have been dating for over five years took to her Instagram accounts to break the news of the engagement to their fans.

A video where the award-winning singer is also seen on his kneels making the marriage proposal to Temi in Paris has surfaced online and is currently going viral.

Friends and Family have flooded Temi’s and Mr. Eazi’s comment sections with congratulatory messages. Cuppy took her IG story to celebrate the couple as well as ask them to introduce her to someone.

Recall that Mr. Eazi and Temi began dating in 2017 after Cuppy introduced them to each other at her event in Lagos.

Are These The Top 10 Afrobeats Artistes Right Now?

Femi Otedola, Cuppy And Others React To Mr Eazi And Temi’s Engagement

Femi Otedola, Cuppy And Others React To Mr Eazi And Temi's Engagement