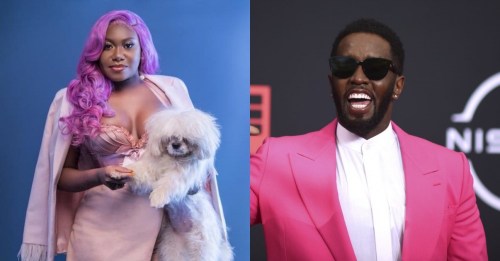 After 4 years of struggling to get the attention of one of America’s legendary acts, luck finally shone on her.

The queen of Afro-house, Niniola Apata is out here bursting with excitement, following her long-awaited response from American music god, Sean Combs, widely known as Diddy.

As per a video that is now trending on socials, Niniola reached out to Diddy back in 2018, but never got a response.

Fast-forward to 4 years later, luck shone on her. Nini did not only did get a response, but also a call from him. According to him, he just never saw her message come through.

Niniola takes to her social media page, where she shared a post indicating that dreams do come through. She also shared a video of them speaking via a video call.

Lastnight was a vibe with the Legend @diddy ????
Dreams Do Come Through .

A post shared by Niniola (Queen Of Afro-House) (@officialniniola)

Fans of the duo are gaming with excitement, as they expect a collaborative effort soon.

Diddy’s Home Where Ex, Kim Porter Died Has Been Sold For #4 Billion