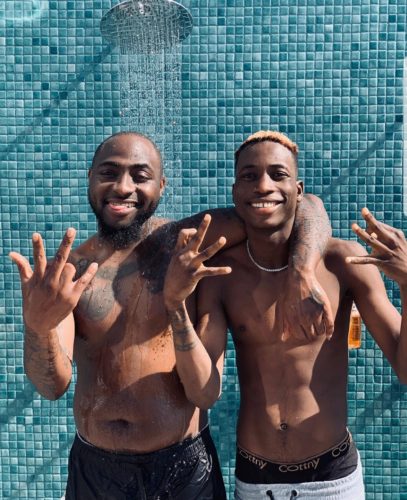 Davido introduced his newly signed act; Lil Frosh, to the international audience during his performance at the recently held One Africa Music Fest in Dubai and it was really a cherishable time for the young rap sensation.

The OBO called for support for the young talent and promised fans that he would make sure the boy delivers in effective and efficient fashion. After the announcement, Lil Frosh, grabbed the mic and performed a yet to be released song and the crowd flowed with him.

“Davido Is Better Than Wizkid. We Owe Him An Apology” – Twitter user