Recall that in the song, the singer addressed her scandal in her collaboration with singer, Asake, where she mentioned that an adult tape cannot “spoil her life”.

Following her comment, the controversial journalist took to Twitter where she set the singer straight for influencing young girls with her son. She also reminded Tiwa of the fact that she has a son.

BUT IT CAN INFLUENCE YOUNG GIRLS TIWA. STOP SINGING ABOUT IT #ChrislandScandal

You have a son? 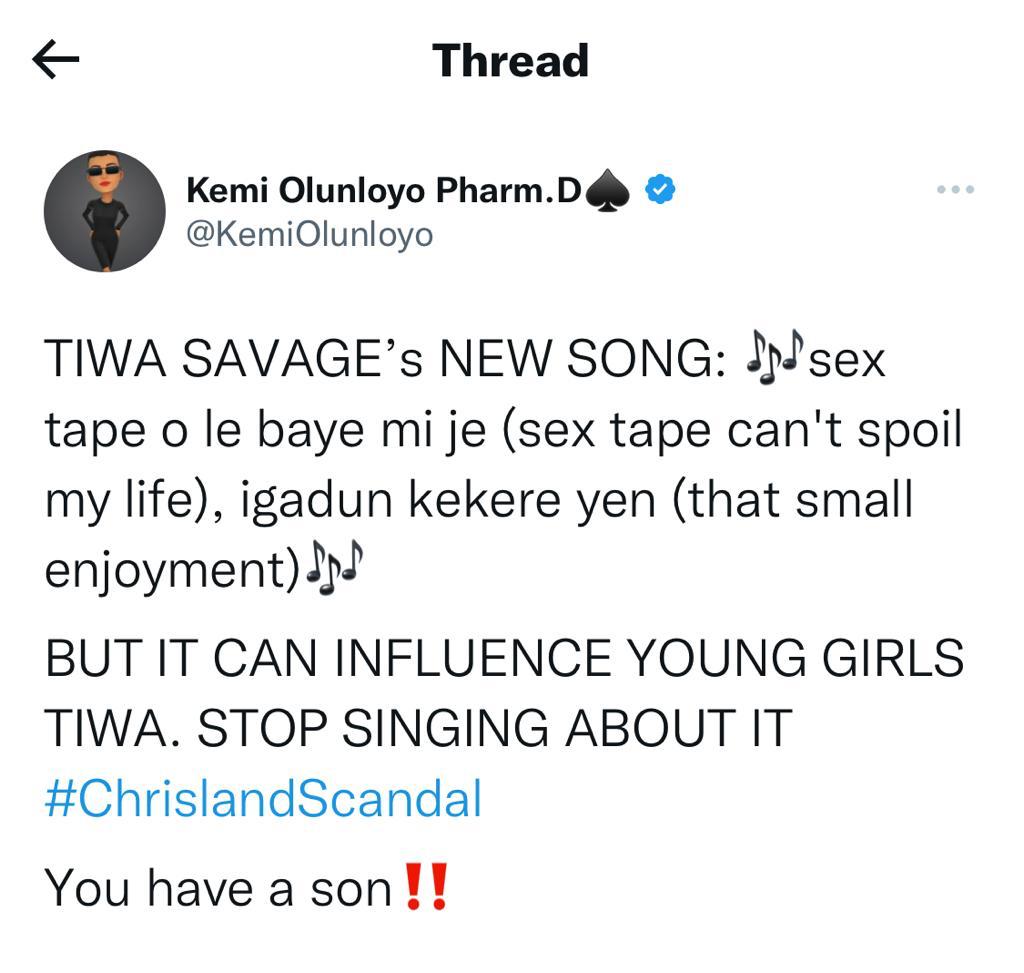