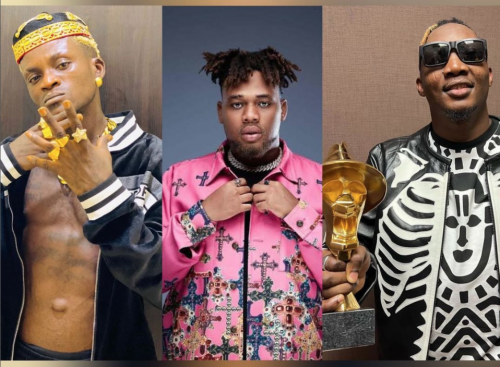 Portable has finally reacted to his disqualification and the Headies giving the awards meant for him to another artist.

He went Live on Instagram to slam The 15th Headies Organizers and mock other artistes who won. According to Portable, he is bigger than the Headies and all the artists they invited to their award show yesterday.

Portable also throw heavy shades at Goya Menor who won the “Best Street Hop” award. According to Portable, Goya Menor is a one hit wonder and he doesn’t deserve the award. He also threw shades at Fave who emerged as the “Rookie of the Year“.

Recall that Portable was earlier nominated for the two categories but he got disqualified after he threatened his co-nominees. Watch video below;

Portable reacts after Goya Menor won the “Best street HipHop” award at the Headies after his disqualification pic.twitter.com/4uHEZKKwMu

Eloswag, Racheal, Chizzy, Others Are Up For Possible Eviction

Eloswag, Racheal, Chizzy, Others Are Up For Possible Eviction