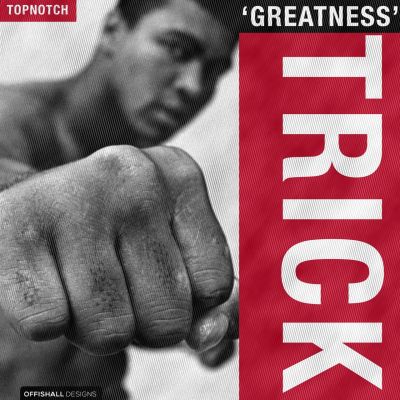 Following the all-embracing credence of “Jesus Wept” across various music blogs and online taste-makers alike, Trick, in finesses fashion, delivers on yet another excellent piece of work as he lets loose and drives home on the Taleen Beatz-produced tune titled “Greatness“.

Just as the title implies, this offering emits all forms of grandness/vastness from it’s intro, to the delivery, beat-production and outro. It’s only just a matter of days left as we count down to the 29th of May, 2015, which the TopNotch Music Group recording act has chosen to release his “Tales By The Streetlight” mix-tape, and just as the currently released tunes, have been nothing short of appealing and exciting to the listening ears, we can only expect even more quality from the entire project.

Following the release of the mix-tape, would be the visuals to Greatness, which is already in the works. Listen up and share your thoughts in anticipation of the full project and even more to come from Trick.