Some weeks back, the internet went agog with the news of singer, Oritsefemi and ex-manager, engaging in a media war over the ownership of MSG Gang, a label Oritsefemi is claiming he owns. 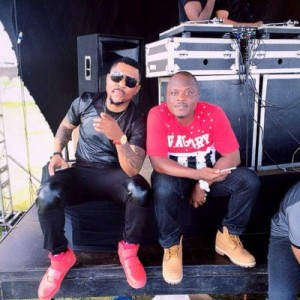 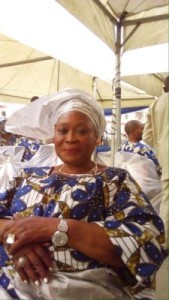 Oritsefemi, just last week, weighed in o  the controversy saying he would lock Danku and his mom behind bars, stating clearly that he gave Danku’s mom 1milion naira for business.

Well today, an online source have spoken with Danku’s mom, after Danku himself refused to say anything.

Read her interview below:

Mo fe pariwo fun gbogbo omo Nigeria ko gba wa lowo Oritsefemi o, ofe pawa o (I want to appeal to all Nigerians to save us from Oritsefemi because he wants to kill us).

My brother, God will bless you, I really don’t have much to say, but I remember when my son brought him to me and told me about him, the first day I saw him, my mind told me to tell my son to be careful. Oritsefemi is ungrateful, because my son was the one that helped him get the Avatar deal.

I remember clearly back then, Danku wanted to take my last son, Oluwaseun to meet the Avatar man in Abuja but I kicked against it because he was in final year in school, I didn’t want him to be distracted so I told him to take Oritsefemi and I was the one that gave them N10,000 to buy the clothes Oritsefemi wore to meet the man in Abuja, I never knew I shouldn’t have helped him.

I have been doing my sand business since 2008, I only met Oritsefemi in 2014 so how can he say that. When they showed me his interview on paper last week, I was almost crying because this Oritsefemi boy is ungrateful when he wanted to rent a house for his mother around Magbon in Badagry, he came to meet me to help him saying it was packaging, that her current residence in Kiri-kiri is not befitting, I gave them over #300,000 cash.

There was another time Danku brought him to me when they wanted to shoot the video for Sexy Ladies with Davido, I gave him N1.2m cash till date he’s not returned the money. I am a landlady with two houses in Lagos so he can’t even compare me with his mum.

All these things he’s saying is a lie, I can say it in front of him and he can’t deny it. My mother died on April 12 and we buried her on May 30, but I almost cancelled the burial because my son had just left Oritsefemi’s house on May 16 and he fell terribly ill. Thank God for his life today, since then Oritsefemi has been threatening us, that’s why am shouting out now so Nigerians will know the type of person he is.

I even gave him a nickname Oritsefemi Mr Packaging because anytime they come to meet me to collect money they’ll say it’s for packaging, I just want him to leave me and my son alone.

As at the time of reporting this news, Oritsefemi is yet to comment on these new revelations.