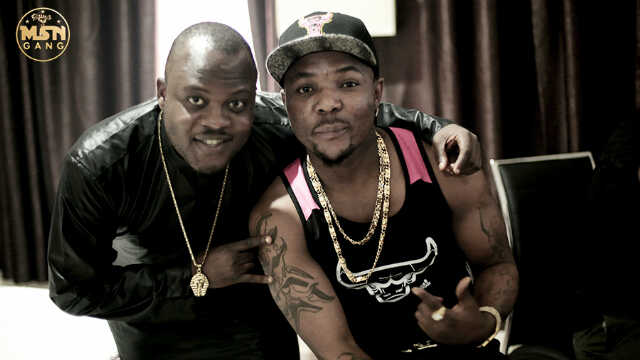 For some time now, the internet has been awash with details of the familial feud and manipulations between one-time partners in the music business, Oritsefemi Majemite Ekele and Yusuf Adepitan aka Ijoba Danku.

The epic back and forth saw both men calling each other out on social media platforms with alleges and accusations hurled at themselves. Danku had previously granted an exclusive interview where he brought the person of Oritsefemi to debacle. This was right after Oritsefemi publicly declared his intent to arrest Danku and his mother. It seems as if he finally made good on his word as Danku was arrested Sunday night of June 26 at a social event.

Danku was picked off the red carpet at the event by officers of the law stationed to the Zone 2 Police Command, Onikan, Lagos. Oritsefemi who was once managed under the Danku-led platform, MSN Gang, revealed he had been able to recover some of his personal items that were confiscated as a result of their feud. He however still claimed that Danku embezzled his personal funds, which he’s yet to recover. His lawyers have petitioned the bank to release Danku’s account statement from where they can proceed with verifying these alleges.

Oritsefemi also claimed Danku had made a threat to his life and has requested that he sign an undertaking that clearly states he won’t harm him. In his words, “He has a lot of people around him and I do not deal with criminals. He will have to sign an undertaking that he will not take my life because he has been threatening me and I appreciate my life.”

Although Danku has since been released, no statement/response has been officially put out from his camp in this regard.

VOTE NOW FOR YOUR FAVORITE TALENT ON THE VOICE NIGERIA!