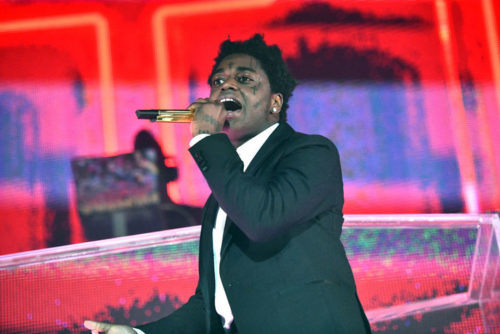 If there is one thing that thrives a lot amongst American aristes in very sensitive situations, it has to be their high level of insensitivity. And rapper, Kodak Black has once again upheld the accuracy in the belief.

The rapper while making some comments on his Instagram Live yesterday, talked about Lauren London, girlfriend of recently killed rapper, Nipsey Hussle who recently made her first comments since the rapper died in the most ridiculous manner.

He said in an Instagram Live video, “Lauren London that’s baby, though. She ’bout to be out here single,”

“She fittin’ to be a whole widow out here. I’ll be the best man I can be for her. I’ll give her a whole year. She might need a whole year to be crying and shit for [Nipsey].”

One of the followers of the IG Live video was surprised and wanted to know if Kodak was truly being real because that was just a ridiculous thing to say.

Kodak responded; “I ain’t trying to shoot at her, I’m saying, listen. She can do two, three years. I’ll try to be like the friend if you need to holla or a shoulder to lean on. She can call my line.”

This definitley will cause a backlash, definitely!