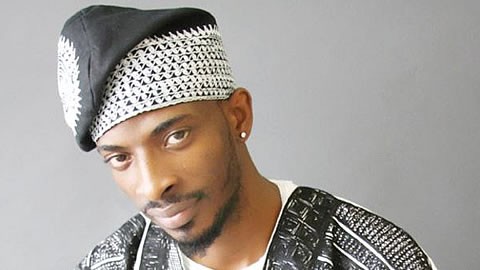 9ice (born Alexander Abolore Adegbola Adigun Alapomeji Ajifolajifaola,on 17 January 1980) is a Nigerian musician. 9ice is a south-westerner from Ogbomoso in Oyo State but he grew up in the district of Bariga in Lagos.

At the March 2008 edition of the Hip Hop World Awards held in Nigeria, 9ice won the Revelation of the Year award and the Best Male Vocal Performer. A month later at the first SoundCity Music Video Awards, 9ice was nominated in the category of Best New Artiste. 9ice’s biggest single is titled “Gongo Aso”. He is the founder of Alapomeji Records.

After recording his first demo, 9ice joined a group called Mysterious Boys with whom he did a couple of tracks before going on to form his own, now defunct, group Abinibi. Having recorded his first demo titled Risi De Alagbaja in 1996 and his first solo song, Little Money in 2000, 9ice had to wait till 2005 before himself and his music started gaining recognition in the Nigerian music market.The first major break for 9ice came from his first single title Little Money and not long after then he did collaborations with different Nigerian artist that immediately prompted the release of another hit single title Ganja Man. Id.Cabasa produced Ganja Man which was released with other songs in March 2006.