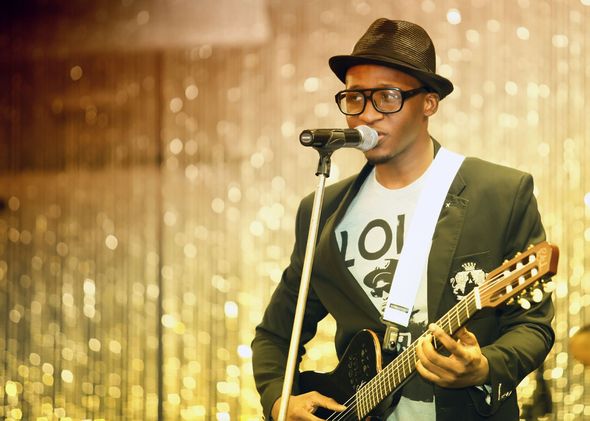 Emmanuel Bezhiwa Idakula, known as Bez (born 10 November 1983), is a Nigerian multi-instrumentalist, singer-songwriter and composer, working in a genre known as “alternative soul”, a hybrid of soul, rock, jazz and R&B. He was featured in Pulse Magazine as number one on the list of “Top 12 Musicians To Look Out For in 2014”.

Emmanuel Bez Idakula was born in 1983, in Jos in central Nigeria. He grew up in a musically inclined family, listening to gospel and country. As a child, he sang in choirs and began playing his father’s guitar at the age of nine. His parents recorded duets, with his mother singing and his father playing the guitar, while Bez and his younger brother, Anyidakula Idakula, and his two sisters, Eunice Chiedu and Lydia Sobogun provided a sing along audience. Growing up Bez spent his time fixing things, and dabbling in painting and sketching.

Bez lost his father, who was a politician and Gubernatorial Candidate for Nasarawa State in Nigeria, at the age of twelve. His family’s finances crashed as a result and he could hardly afford to pay the rest of his tuition for high school. Upon finishing Loyola Jesuit College, Bez attended and graduated from Covenant University in 2005 with a BSc in Information and communications technology. He sang at open mic nights while at university. One of such open mic nights was called Taruwa (“gathering” in the Hausa language), where the platform encouraged artists to share their talent through music, poetry, the spoken word and art. Here Bez played every two weeks and met Praiz, who he later collaborated with on “That Stupid Song”.

The Good The Bad The Ugly