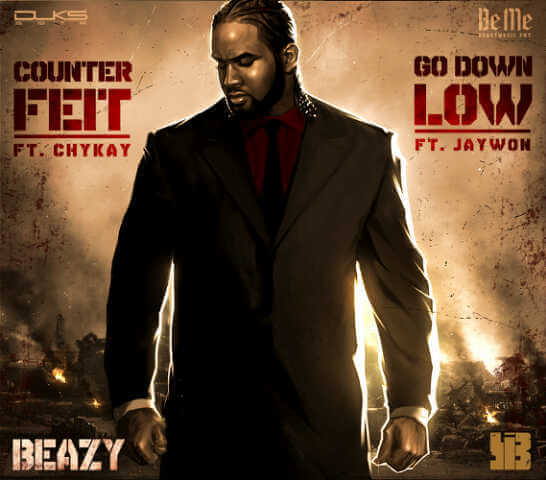 After a mind clearing hiatus, Beazy is back with some brand new music. These two singles; the first off his forthcoming album due out inNovember, feature longtime collaborators Chykay and Kennis Music artiste Jaywon.

“Counterfeit” sees Beazy making a statement and a promise to his fans that from here on out he will stay true to himself and make music that represents him.

On “Go Down Low” Beazy brings a fresh perspective to the stereotypical Nigerian party sound.

A video for “Counterfeit” was recently shot by PXC Mex and will be released in a few weeks. It promises to be his best video yet and is the first in a series of videos to be released in the coming months.

Jaywon Refix ‘Somebody Son‘ by Tiwa Savage, titles it "Somebody's Daughter". Next World Music boss Jaywon comes through with Somebody's...