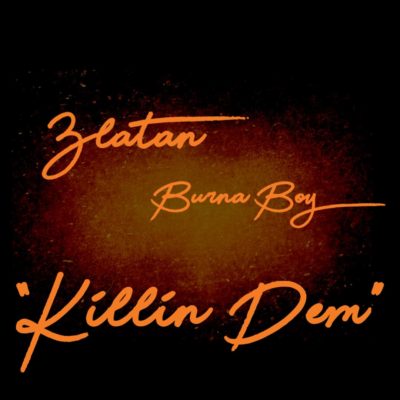 This is one of those collaborations nobody was expecting. They managed to blend their sounds together, Afro-fusion obviously from Burna Boy and hip hop from Zlatan coupled with some local instruments in the background, giving an overall balanced and pleasant sound. Not forgetting to mention that it made maaad sense.

It is a song about how talented they are, hence, the “killin’ dem” phrase. The lyrics of the song is in different languages which speak to many but at the same time, one can get lost whilst trying to understand it. No real depth. At a point, it was starting to sound too repetitive.

Burna Boy is the gift that keeps on giving,as he teams up with Zlatan to deliver another banging single the highly anticipated, “Killin Dem”. Overall, Burna boy and Zlatan KILLIN DEM is a great song you can dance to using any dance step.