Is Peruzzi Stealing The Shine At DMW From Mayorkun & Dremo? 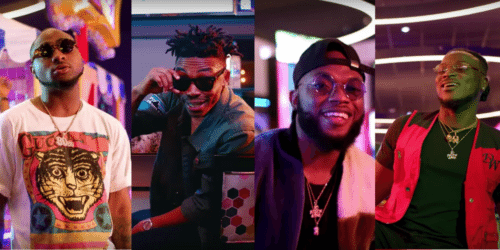 You know that feeling when the last born child suddenly becomes the most favorite of the parents? Then the rest of the house becomes his territory to do as he or she likes?

This might be the case of DMW‘s latest signing, Peruzzi who seems to be the only artiste in the focus of the label at the moment. Peruzzi signed for the label in November 2017 and since then he has worked on 4 singles more than any other artiste in the label within the last 7 months.

Perruzi released For Your Pocket featuring Davido, followed by his exceptional input on Mind in which he was featured alongside Davido, Mayorkun and Dremo, then his second single ‘Mata‘ followed by Aje.

Although all of the aforementioned songs didn’t come with much hype, it still doesn’t change the fact that all efforts are put in place to keep Peruzzi in our face for long. While Mayorkun & Dremo have only worked on one individual single since the beginning of 2018.

The real question is, is Peruzzi stealing the shine from his other label acts?