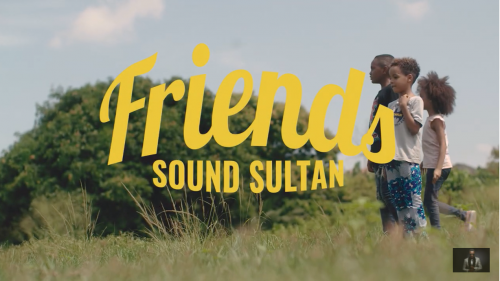 Sound Sultan might be gone, but his music is back to warm our hearts, Here’s a new song titled “FRIENDS”.

FRIENDS, Sound Sultan was born Olanrewaju Fasasi. His career in show business started professionally in the 90’s. By 1999 he had won numerous local talent hunt shows, then he released his first single Jagbajantis in 2000 which went on to be an instant hit and a classic song in Nigeria.

Sound Sultan teamed up with his brother Baba Dee to start “Naija Ninjas” which is a franchise that parents a record label, production outfit and a clothing line. He is reputed for having several style and genre of music. After starting off as a rapper, he switches between R&B, Afrobeats, Soul and Fuji. Sultan classifies his style as Jagbanjantis. Under Naija Ninjas he released the hit songs “Kokose“, “2010” and many others.

The Legendary singer passed on July 11, 2021 after a short but pugnacious battle with angioimmunoblastic t-cell lymphoma, at the age of 44.

To celebrate his One Year remembrance, EMPIRE music drops one of his last records title, “FRIENDS“. As produced by ID Cabasa, the song is an Afrobeat that talks about his real Niggas.