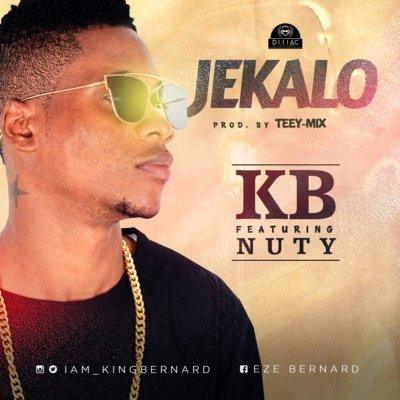 DISIAC ENTERTAINMENTS is proud to unveil their multi-talented artiste K-B. with his first official single under the label. “JEKALO” (lets go) Featuring Nuty is a nice tune professionally produced by the super producer TeeY-mix for club party starter. #JEKALO’ is a certified hit, it’s a

Unique sound that will surely keep you on your feet till the beat fades & have you hit that replay button.

K-B also known as King-B is 20 years old, he grew up on the streets of Lagos and speaks Igbo & Yoruba languages fluently as often reflected in his music also A singer, producer and Performer who already has massive fan base in Ojodu and Ogba areas of Lagos respectively, K-B is undoubtedly the next big thing the Nigerian music industry is about to witness.

Listen to #JEKALO and give the comment as heard.

Watch How CDQ Reacted To Being Tagged An Upcoming Act

Watch How CDQ Reacted To Being Tagged An Upcoming Act