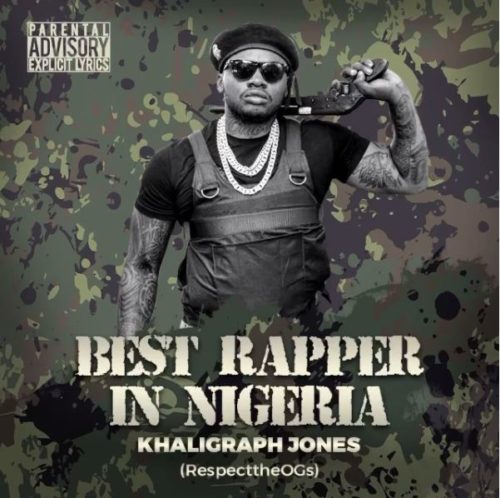 At the Soundcity MVP Awards 2020 which took place on Saturday, 11th of January at Eko Hotel, Lagos Nigeria, Khaligraph Jones won the ‘Best Hip Hop Act’ i.e the Best Rapper in Africa ahead of Blaqbonez, Falz, Reminisce, Kwesta, Medikal, Shinski, Ricky Rick and Zakwe who were all on the same category.

Immediately after the award night, Chocolate City rapper, Blaqbonez did a short video to shade Soundcity and disregard Khaligraph Jones. He further stretched to releasing a diss track in the morning, first thing to kick off the year. The Kenya rapper who won the Best Hip Hop act saw the video and switched into war mode. He shared via his Instagram account; “Am about To Make Nigerian and African Rap Great again, People will Cry Foul but the OG will be Respected“.

Today he drops a diss track tagged “Best Rapper In Nigeria” to roast Blaqbonez and other rappers after recognising the OGs.

Listen to the way he belittled Blaqbonez & Chocolate City while dragging other rappers. And know the rappers he recognised and respected as the OGs.

“Ya’ll Should Make Him Trend For Dissing Me, He Needs The Hype”-Blaqbonez Reacts To Khaligraph Jones Diss