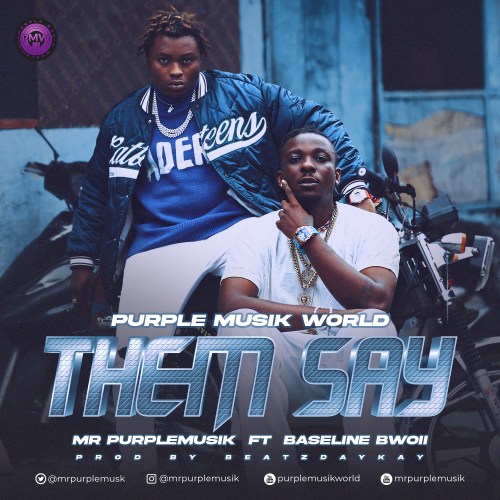 Following the announcement of the release of his new single, Nigerian fast evolving artist, Mr. Purplemusik has hit the break pad as he finally premieres his new song titled “Them Say” following up his previous releases like “For You” and “African Girl“.

Mr. Purplemusik whose real name is Godwin Isaac hails from Delta State and has consistently been pushing music to another level, teaming up with other industry colleagues. On his latest single, he features raving artist, Baseline Bwoll in a collaboration to remember.

With snippets already across his social media platforms, it’s now time for fans and music lovers who have been patiently following the release journey to finally enjoy the new track in it’s entirety.

Listen to “Them Say” below and drop a comment.

[Video] Mr Purplemusik – “For You”

Mr Purplemusik – “For You” (Prod. By Mix Master Garzy)