Olamide – We Outside (Song)

Olamide We Outside, Produced by Magicsticks. 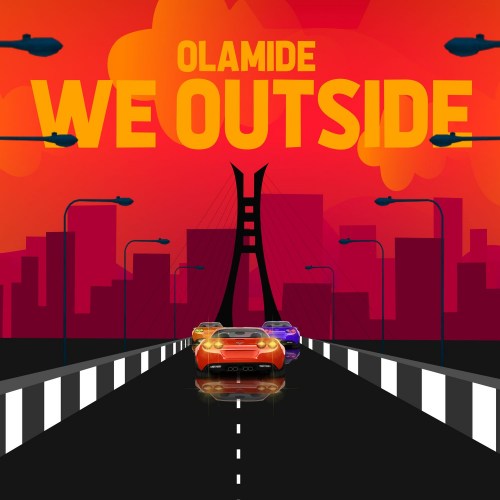 Olamide We Outside… After teasing fans with an Amapiano tune tagged, ‘NATI‘, Olamide makes a u-turn and release a different new song title- “We Outside“.

YBNL Boss, Olamide Gbenga Adedeji was born in Bariga, Lagos state on the 15th of March, 1989. He is the second of the three children of Pa Adedeji and his second wife, Ronke Osisanya Adedeji. Olamide has two siblings, TemmyGold and Eniola Olamilekan (who is also known as DJ Enimoney). Olamide-Baddo started his career when he released the debut single, “Eni Duro,” in 2010. In the same year, he performed at The Hip Hop World Awards, now Headies Awards.

The latest single- “We Outside” which is a follow up to the song ‘Hate Me’ featuring Wande Coal (Produced by P.Priime) serves as Olamide’s second official single for 2022. On this new song Olamide says he is a senior man who has respect for every man irrespective of the skin colour and lives the best Outside life his Gang.

Hustle for the money
Till early Morn
Me and my dawgs…