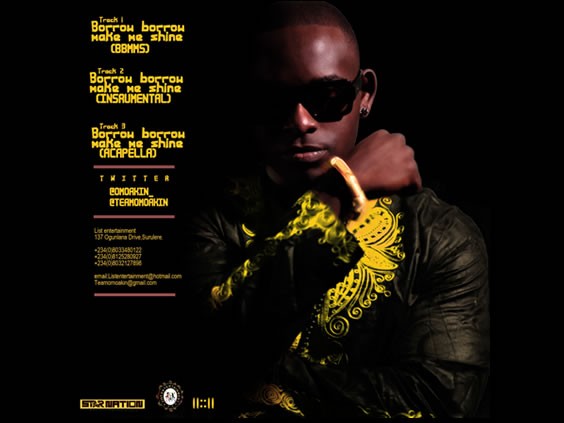 Omo Akin has had numerous support from his Loyal Fans and Heavy weights of the Music Industry.We are Excited to Announce the Official release of Another Hit song “Borrow Borrow Make Me Shine(BBMMS)”.Omo Akin who recently signed a Management Deal with List Entertainment has joined the League of the Most Sought after newcomers in the industry.

Omo Akin’s First Single Ta Lo Sobe is currently breaking all charts across the country right Now,The Video and song has been a major topic of discussion amongst fans and industry pioneers. If You Think Ta Lo Sobe is a Hit,Wait till you Hear BBMMS.

The Song was produced by the Super Talented Act himself Omo Akin(@OmoAkin_) and Co-Produced Waffiboi(@ThewaffiboyXVI). **StarNation.

Omo Akin – Do Me Wayo