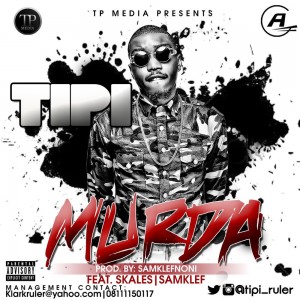 “Murda” is an Afro Rubber dub” genre of Music Not  not your everyday Afro beat, the 25 year old artiste who hails from Edo State took a break off music to finish his University Education after he dropped his first official single & video in 2008 “DESPERADO” which enjoyed massive Air play on both TV & radio stations.