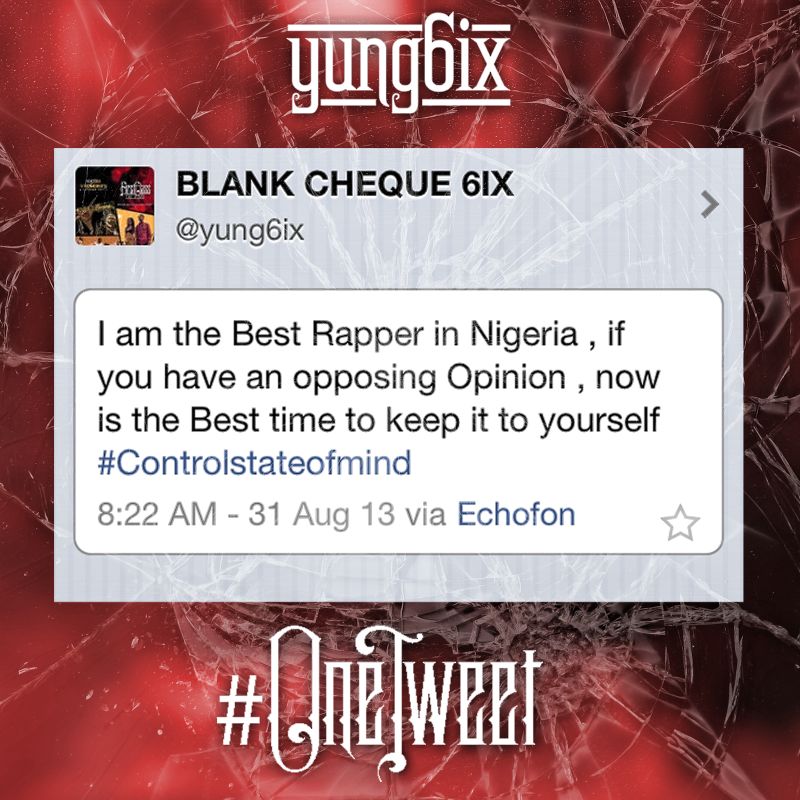 Notwithstanding  the  critical acclaim met and the international charts topped by his most recent single, ‘First Class’ rapper Yung6ix is still very much busy; shooting videos, recording and generally working towards a late 2013 album release. Known to raise the bar in the afro hip-hop/rap scene, the KKTBM front-man is ushering a new genre which he christened ‘afro-hip’ with the attention consuming ‘One Tweet (Notice)’ produced by the renowned Baller Tosh. Fated to impress and keep tongues wagging, enjoy the  audacious groovy afro-hip cut from the rap royal.