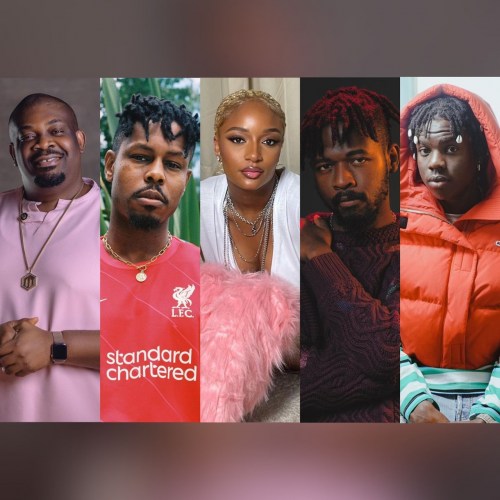 Mavin boss and Ace producer, Don Jazzy has finally announced the release date for the Mavin all star album.

For months, Don Jazzy and his superstars have been teasing fans about the release of a star album after 10 years.

You might not recall that the last time Don Jazzy and his team released an all star album was in 2012. Tiwa Savage, Dr Sid, Korede Bello, D’Prince, Dija and Reekado Banks were all the artists featured on the album.

However, Don Jazzy has announced that the new Mavin all star Album will be released on the 2nd of December. They will also drop a new Single on the 2nd November, and also a Mavin All Star concert has been scheduled for 16th of December.

The album will feature, Rema, Ayra Starr, Crayon, Johnny Drille, Ladipoe and the newbies- Magixx, Bayanni and Boyspyce. Mavin’s new single dropping 2nd of Nov. will be a follow up to the label’s mega hit track titled, “OVERDOSE“.

[Video] Fireboy DML – All Of Us (Ashawo)

[Video] Fireboy DML - All Of Us (Ashawo)