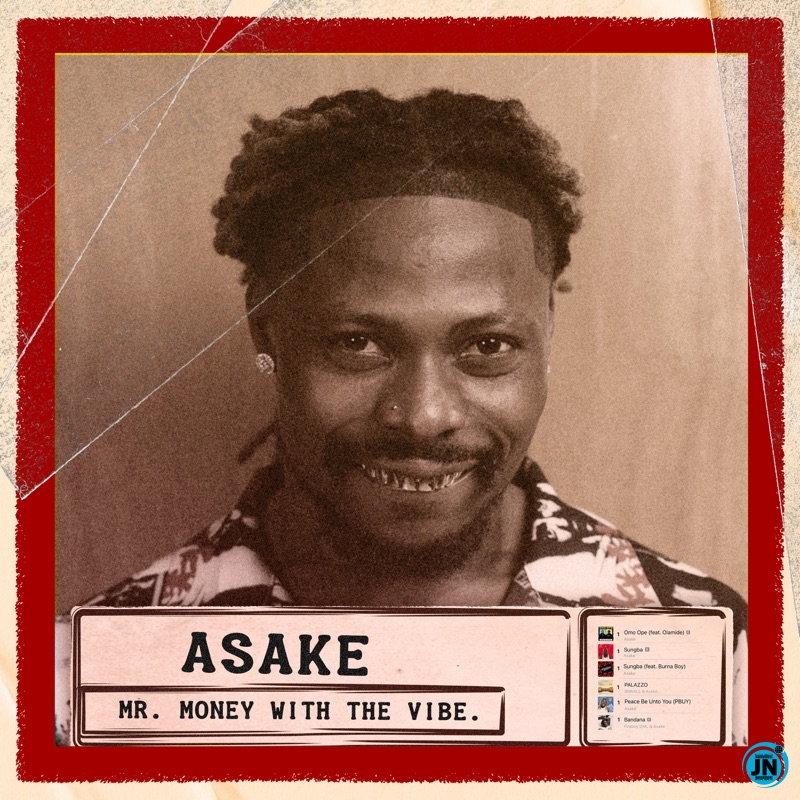 Mr Money recorded this impressive feat with the help of his debut album, “Mr Money with the Vibe” (MMWTV).

For months, Asake has been gaining recognition for his hit singles, Sungba, Omo Ope, Terminator, Peace Be Unto You and others. He has always made the number 1 spot on apple music chart his home base, to the disappointment of other artistes who would love to taste the no. 1 spot.

With this rave and achievements, it is no surprise that he has recorded 1 billion total streams in less than 8 months after Olamide signed him.

Shocking!! Asake Gets ‘Booed’ On Stage For The First Time | Watch Video