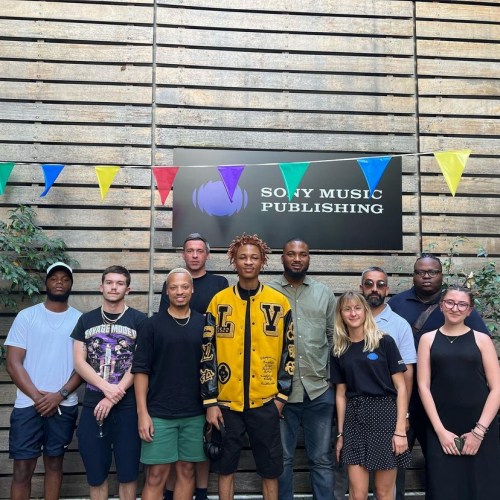 Afro-pop music star, AV is the newest addition on the roaster for Sony Music Publishing.

AV (real name Adindu Victor) since breaking onto the music scene in 2021 has had an impressive and enviable career run. From successive music singles released to an association with some of the industry’s brightest and best acts that include names like DJ Tunez, Wizkid, Victor AD and Kelvyn Boy, the 22-year-old singer has experienced expansive growth in his overall musical craft.

Starting in the Benin city of Edo state, Nigeria and a musical background heavily influenced by the sounds around him AV wasn’t far from an epiphany to venture fully into music.

He has managed his operation as an indie artiste under the management of LONGITUDE PROMOTIONS and gradually catapulted to fame after the release of his breakout single BIG THUG BOYS.

At present,AV holds a record for one of the industry’s breakout singles; BIG THUG BOYS whose music video sits at a humbling 7.7 million views on YouTube, a feat that helped to certify his star status. He has continue to dish out smash singles in sequence of “Confession“, “Jiggy” and his latest release “No Dey Form“.

A private signing was held in honour of the young star in France. AV has revealed plans for an EP release on the 19th Of August 2022 titled Thug Love.

Here Is Why Kizz Daniel Didn't Come Out To Perform In Tanzania | Watch Now!