Burna Boy Lands in Hot Water After Cancelling A Show In U.S

Nigerian singer, Burna Boy has given Wizkid FC another opportunity to drag him after he postponed his Seattle show.

The African Giant hopped on Instagram to postpone the show due to circumstances beyond his control and fragile flying object in the air. He promised disappointed fans that they will still get their show on a later date.

This didn’t sit well with his fans who travelled to Twitter to drag him and ask for a refund. They didn’t listen to his reasons even after Alicia Keys canceled her Seattle show due to the fragility of the weather.

WIZKID FC claims Burna postponed his show because he couldn’t sell out a 6000 capacity hall. See Below;

Burna Boy at accesso ShoWare Center on October 8 has been postponed. All previously purchased tickets will be honored for the new date once announced. More information will be posted soon and emailed to ticketholders directly when available. pic.twitter.com/ZKn7AxZSGL 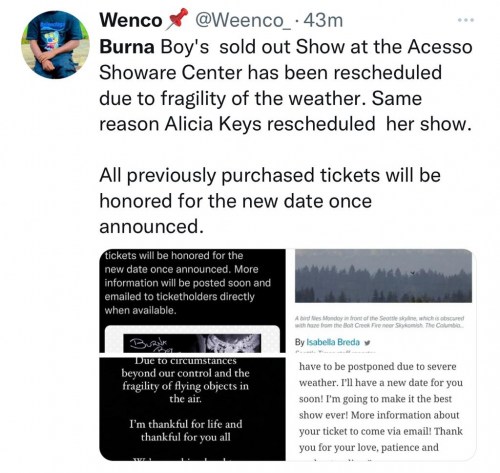 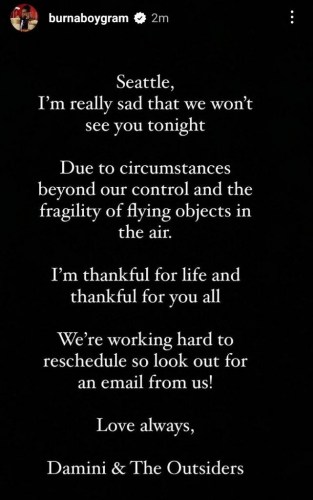 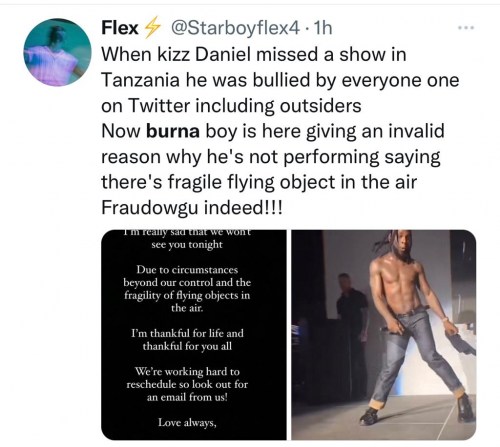 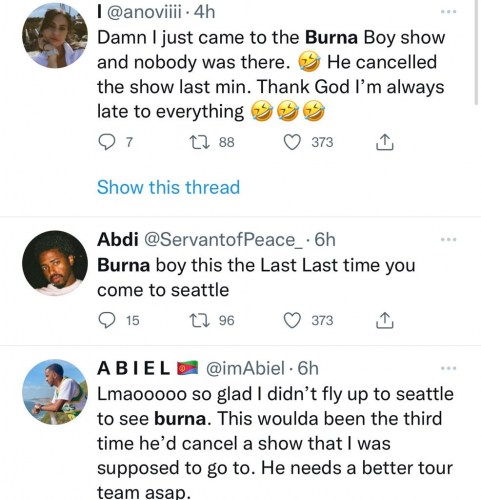 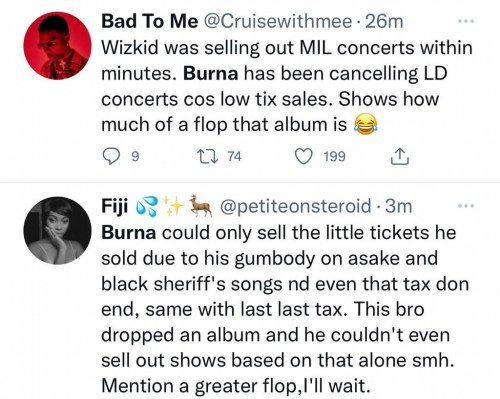 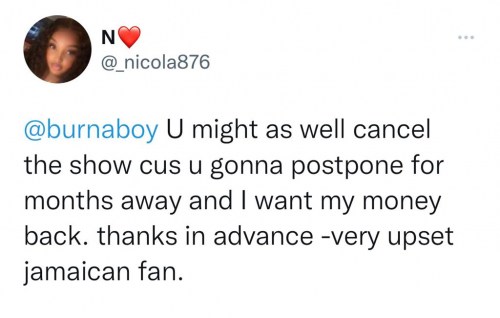