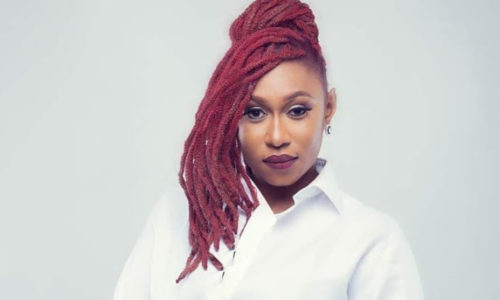 Nigerian singer and songwriter, Cynthia Morgan has given unsolicited advice to Nollywood actress, Eniola Badmus following her post about men and money.

On the 9th of June, Eniola Badmus took to Instagram to reveal that she doesn’t collect money, not even her girlfriend allowance from her partner. In her words, she wrote: 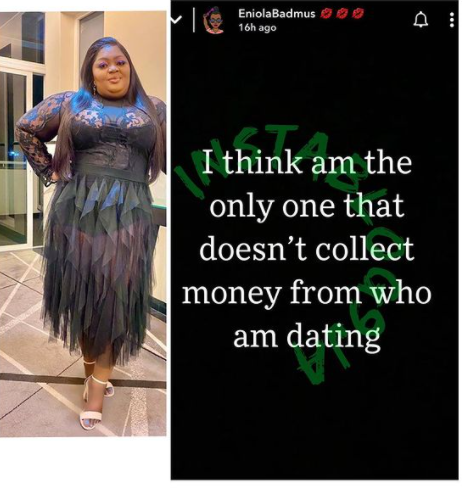 Cynthia Morgan who stumbled upon her post reacted with her a controversial statement. She told her it is her loss that she is not collecting money from men. 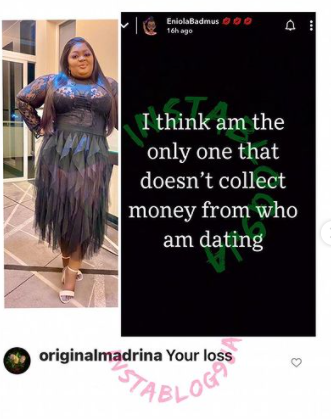 Hours later, the German juice singer returned to reveal why she collects money from men with no remorse. According to Cynthia, as she grew older, she realized she needed a good man to take care of her and all her expenses.

She disclosed she was once like Eniola Badmus, A woman who didn’t collect money from men as a result of policy and wanting freedom in case the relationship doesn’t work out. But ever since she discovered that men’s money can be sweet to spend, she has never looked back at that policy.

Cynthia advised Eniola to collect the money and enjoy her life and relationship. 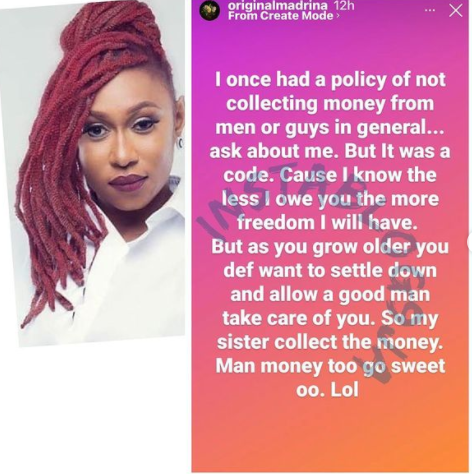 Cynthia Morgan, who now goes by the name Madrina shares prophecies about Nigerian ace entertainers and others. In a fresh...

Nigerian singer, Cynthia Morgan has hopped on Instagram to correct the notion that Grammy winner, Burna Boy was once her...

Nigerian Reggae artist, Cynthia Morgan, who recently switched her stage name to Mandarin has said that there are certain people...