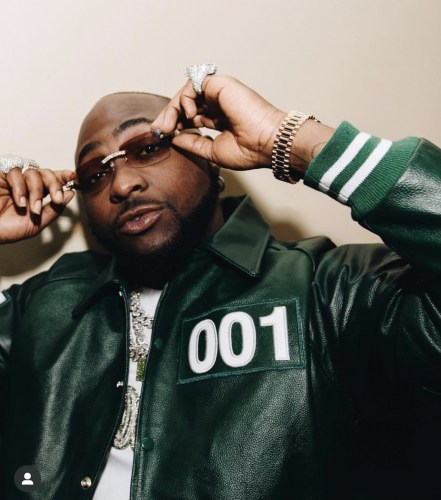 Nigerian singer, Davido has confirmed rumors that he has another son with Larrisa London.

You might recall in 2020, A UK model dropped hints that she is expecting a child with Davido. Davido and his team were quick to disregard the news. The rumor returned when Larrisa London gave birth and the child- Dawson looked so much like Davido.

There were also rumors that Davido and Chioma called off their engagement after she found out OBO got another woman pregnant. For two years, Davido denied the existence of his son until this evening, when Davido was caught on camera carrying Dawson in Pastor’s Tobi Church, in UK.

The video is making headlines because of Pastor Tobi’s caption, confirming Dawson as Davido’s son. In his words; ” See who is in service today @davido and OBO Junior”.