“D’banj, You Can Do Better..” – Jaywon Calls Out D’banj For Stealing His Artist’s Song 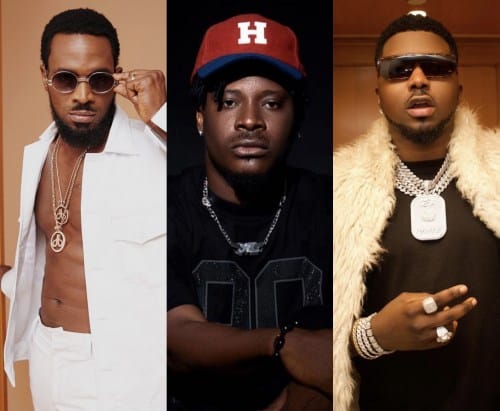 This Friday is coming with all shades, sizes and levels of drama.

It is raining songs release in the industry, so it’s expected that there should be drama and accusation of song theft. Jaywon took to his Instagram account this morning to call out D’banj for releasing “Face Show” featuring Skiibii.

According to Jaywon, D’banj betrayed him and went behind him to release a song that sounds similar to his artist own. He claims that his artist was the first to release the song and when D’banj shared a snippet of his own, he informed him that they sounded similar.

Jaywon revealed that D’banj made an offer to his artist and asked him to drop (i.e trash) the song, but the artist refused. He added that D’banj still went ahead to drop the song today, May 13th, without informing him. Listen To D’banj’s Version HERE!

D’Banj To Continue With N1.5 Billion Lawsuit Against Seyitan After She Withdrew Her Petition