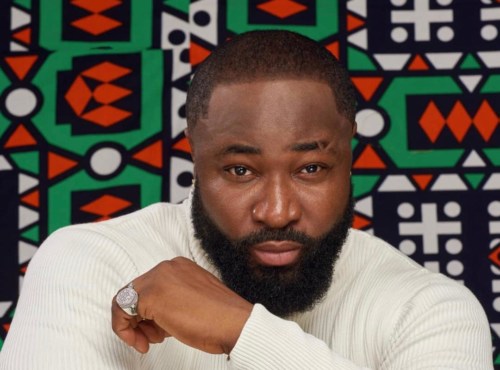 The Reggae and Blues singer entered the studio to record a song for people insulting him for supporting Tiwa.

Recall yesterday, Harrysong took to Twitter to beg Tiwa for a collaboration after her sex tape leaked.  According to him, the tape made him like Tiwa more and he is more than happy to stan a Queen!

Reacting to his praises for Tiwa, Netizens mercilessly dragged him for chasing clout by showing Tiwa fake love. Some insulted him for being insensitive and trying to make the whole mess favour him.

Reacting to the insults that really hurt him, Harrysong called his haters by their names in his song. He informed them that they are the problem with Nigeria. According to him, if he had posted Tiwa to insult her, they will still drag him. To avoid their wrath, he decided to support Tiwa and they are still dragging him.

Listen to the song;

Shatta Wale Arrested After He Was Shot By Unknown Gunmen

Following the release of Harrysong from police custody, Sosoberekon reveals that he dislikes that he had to spend the night...

Nigeran Singer, Harrysong has now asked Nigerians to say prayers for him following his release from police custody. Taking to...

Harrysong is to be released after he tendered an apology to music executive, Sosoberekon for defaming him. Harry was picked...