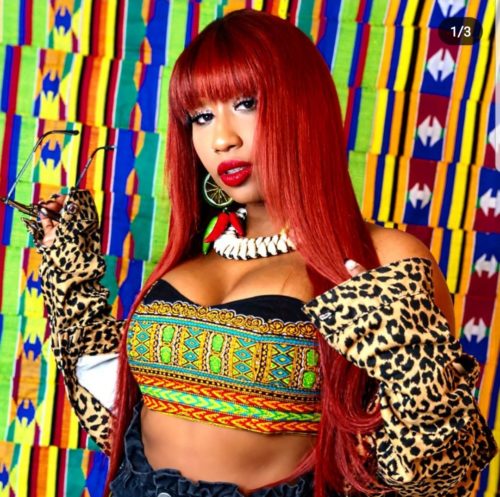 After the Vector and MI saga that got really heated yesterday on the internet after Vector dropped “Judas The Rat,” another topic has now followed in that path as the internet has expereienced another bombshell.

A particular user at mid-night took to Twitter to reveal Kenyan singer, Viktoria Kimani, used to sleep with Wizkid while she was at Chocolate City. The user also revealed she was almost beating for that action after Wizkid’s ex-lover, Tania, caught both of them in the act during that period. She revealed it was the Chocolate City team that begged for her and made the case a forgone one.

She wrote; “Victoria you are a real disgrace to womanhood and Chocolate City team that has had your back for years even with all your bad misbehaviors. I will expose you for the person you really are since you decided to involve yourself in what doesn’t concern you

“The same CC team including Ice and M were the ones begging for you when you were always going to sleep with Wiz even if you knew he was dating Tanya and she caught you and almost beat your ass up that you had to jump window.

“Now you come out with your disloyal ass to chat shit of this same people. Please I beg you try and deny it cos I have receipts and more of the type of person you are. The biggest snake of all. Just sit this one out!”

On seeing the tweets, Viktoria Kimani responded almost immediately. The Kenyan is known for her blunt personality did not deny the claim, instead, she revealed she has the right to sleep with whoever she wants and however she wants it.

She wrote; “(1) You must be one of MI’s side chics he had working for free at the office his girl was slaving at.

“(4) …LMAO Me…Me Jump out of a window? Me thay would beat the shit out of both man and the woman in any such case. Damn this some good tea.”

I can sleep with who I want. ? She didn’t deny the accusation. Hmm. https://t.co/dicr4Fiu5N

Could this be some sort of admission here to the accusation that she slept with Wizkid?