“I Have Arrested The Lady Who Leaked My N*DE…” – Buju 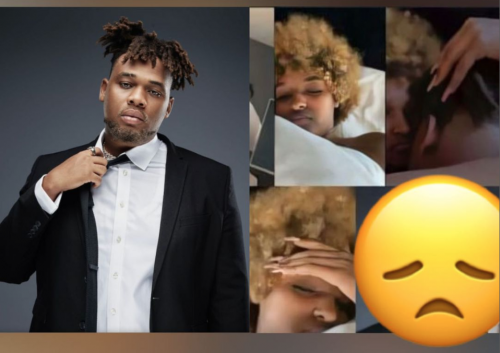 Nigerian singer, Buju has arrested the Swedish lady who leaked his nude photos.

Recall that BNXN fka Buju was dragged on Twitter after his Swedish side chick leaked intimate photos and a video of them on the internet. The girl claimed Buju got her pregnant and advised her to get an abortion through the help of his manager.

Buju took to Snapchat to reveal that the only woman he loves is Peggy and he doesn’t know the Swedish girl. In an interview with HotFM, Buju revealed that he has arrested the lady and she will be charged to court for releasing those photos.

He also revealed that he doesn’t know the alleged Swedish Girlfriend because he has no Ex-girlfriend and she is only blackmailing him for money.

Buzzing Nigerian act, Daniel Benson, widely known as BNXN takes to Twitter to pen words of advice for his colleagues....