"President Of The Marlian Nation.." 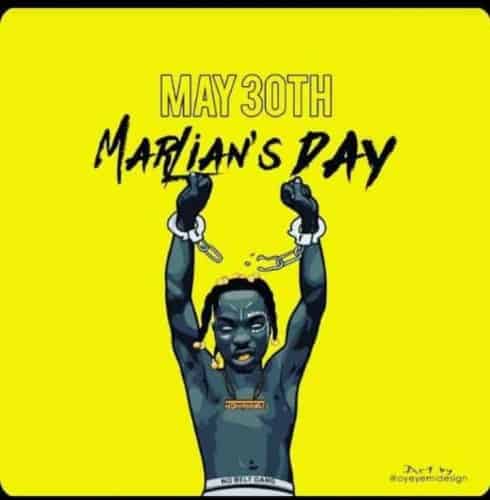 Naira Marley has announced the release date of his debut album tagged, “GTTB”.

The Marlian President took to his Instagram account to address his citizens and also make an official announcement about his soon to drop debut album.

In the video he posted on his page, Naira Marley was at a customized podium facing cameras and the world as he backs 2 Nigerian flags. N.M greeted Marlians and delivered his speech.

In his speech; Naira Marley revealed that his debut album, GTTB (God’s Time is The Best) will be dropping this month, May. According to him the highly anticipated project will be out officially on Marlian Day.

Marlian Day which is 30th of May, is a day set aside by Naira Marley to celebrate the streets, his hard-die fans, others that just love his music/dance and those that protested for his freedom from EFCC’s custody.

Naira Marley Reveals Why Some Nigerian Artists Hates Him