"I Don't Know What Mohbad Is Saying, He Is Probably High...." 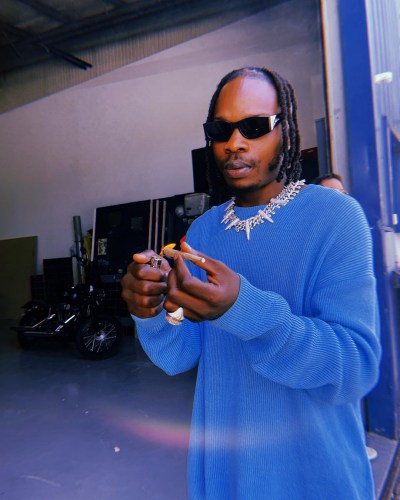 Naira Marley Has Reacted To Mohbad’s Claims And Revelation That His Brothers Are Toxic.

On the 5th of October, 2022, Mohbad hopped on Twitter to beg Nigerians for help. He shared a video of him badly injured and with bruises all over his body. Mohbad revealed that he was assaulted by Naira Marley’s brothers because he requested for a change of Manager.

According to the Street Pop Artiste, his manager is Naira’s Brother and his request didn’t sit well with the family. Mohbad claimed that they pounced on him and mercilessly deal with him.

Naira Marley as the Boss and President of Marlian Music went Live on IG and debunked the news that his Brother’s attacked Mohbad. According to NM, Mohbad’s manager is not his brother and his relatives has no business with his management.

Naira Marley revealed that Mohbad, who no longer stay with him, came to his house with 3 other boys to fight his manager. He stated clearly that Mohbad doesn’t fight but he is the type that misbehave whenever he high or on drugs.