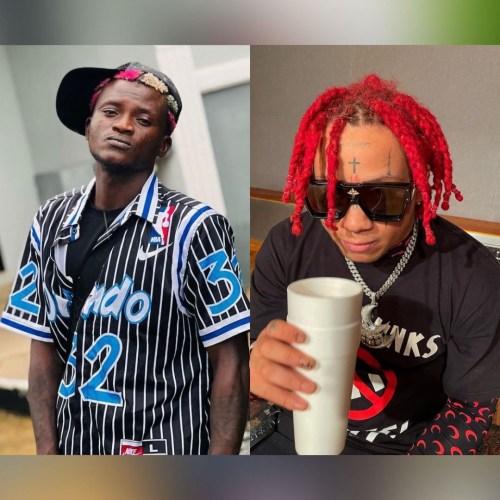 Nigerian singer, Portable is on his way to his first international collaboration.

The Zazu crooner has revealed that he is ready to take his song to the international market. He shared a screenshot of a DM that an American rapper named, Trip Redd sent to him. Portable told the rapper that he would like to hop on his song.

In his words; “I’ve gat Chorus for you. Let’s give them the street vibes zazuu”.

This is coming days after Trippie Redd DMed Portable for a collaboration after acknowledging his hit song, “Clear“.

Doyin And Eloswag Fake-Evicted, Get Held In Level 3! || Watch

Doyin And Eloswag Fake-Evicted, Get Held In Level 3! || Watch