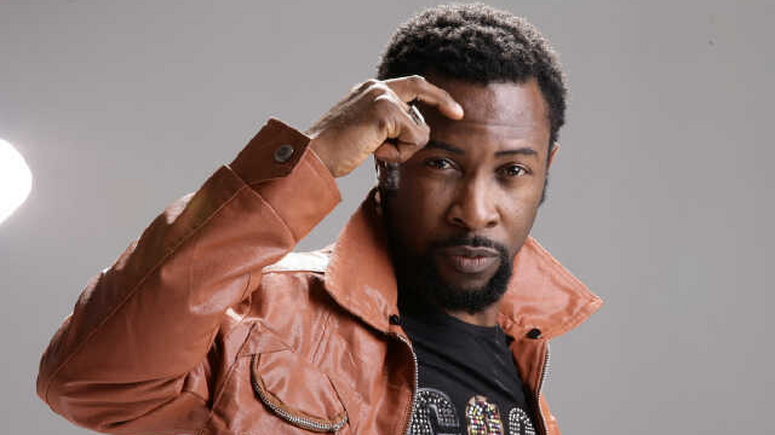 Nigerian veteran singer has called out the men of the Special Anti-Robbery Squad (SARS) of the Nigeria Police Force for attacking innocent Nigerians.

Ruggeman is known for being vocal over the brutality and highhandedness of the men of SARS who have continued to torment and put tears on the faces of innocent people in the country. The rapper took to his Instagram story to reveal that the same squad that assaulted celebrity stylist, Miss Nwanneka a few weeks ago are doing the same thing to another innocent citizen in a particular location in Lagos.

He wrote, “Safety Alert: I just got a call from the same anti-kidnapping squad that assaulted a miss Nwanneka a few weeks ago are in Orchid Hotel road, lekki, after the second toll gate doing the same thing to innocent citizens,” 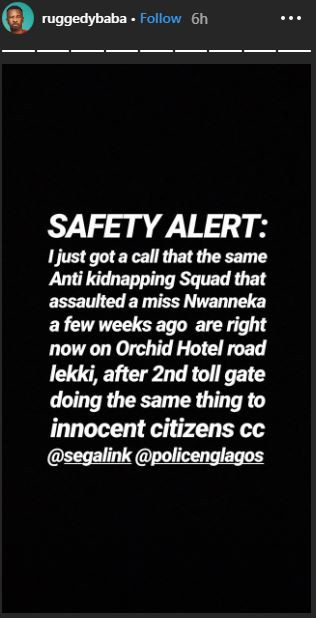 I Wanted Fame, But I Never Knew It Would Be So Hard – Adekunle Gold Reveals