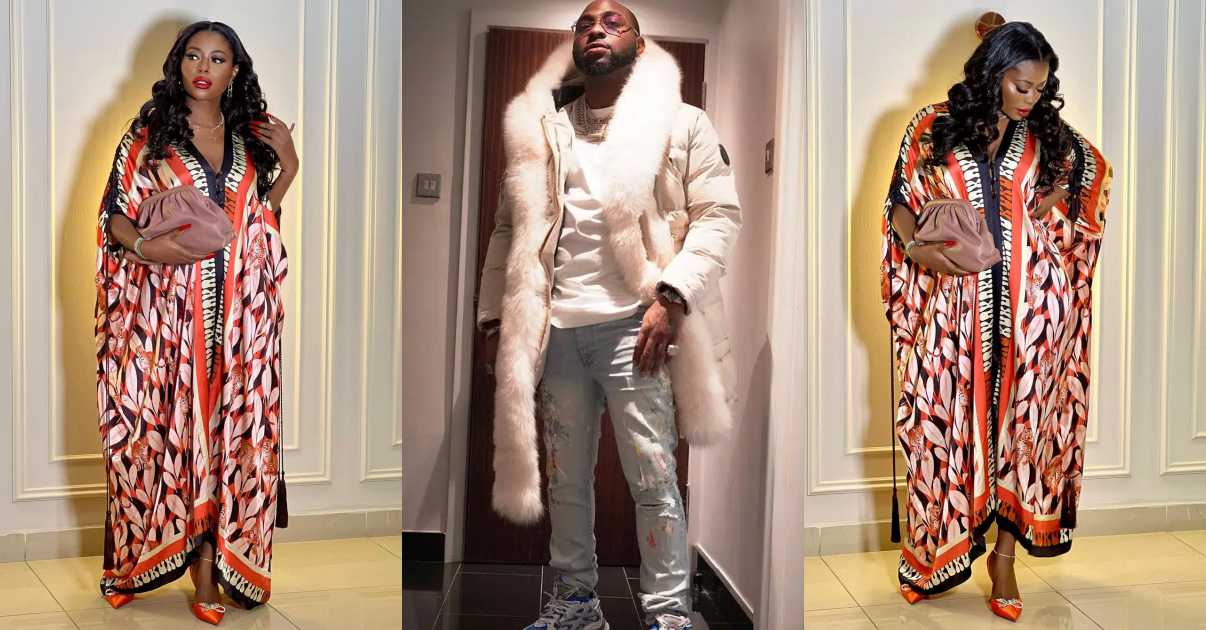 Sophia Momodu is letting everyone know that she is rich, as well as unbothered as she shares new photos on the gram.

The first baby mama of the famous musician, Davido shares a new post on Instagram rocking a Bubu attire. Sophia added a caption stating that she is an unbothered rich aunty.

Her post has got cybernauts talking, as they opined that the post is for her baby daddy, Davido.

It will be recalled that last month, Davido unfollowed Sophia, following his reconciliation with the love of his life, Chioma.

However, the reason for his action is still vague.

“Is My Daddy The Man In Your Life?..” – Imade Puts Sophia On The Hot Seat