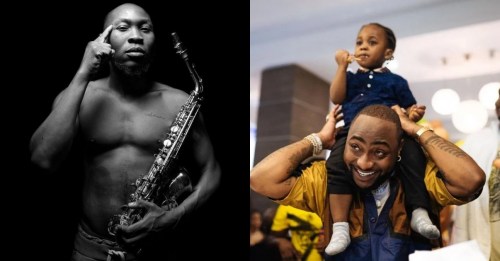 Seun Kuti, the last of music legend, Fela Anikulapo Kuti has replied to cybernauts who criticized him for speaking about other kids who died, on the same day as Ifeanyi, Davido‘s son.

Seun, who shared a post regarding other kids who have died of hunger, has stated that everyone has the right to mourn however they please.

Further speaking, Seun Kuti mentioned that he has only met Davido once, and has never posted his work. Considering the above, he maintained the death of his son will not be the first thing he would be posting about him.

Everyone has the right to feel what they want.
Mourn in your own way!

Skales Drops A Diss Track For His Wife, Calls Her ‘Devil’ || Listen!!!