"Two Of Them Wan Drop Jam For May 13th So We Go Fit 'STAND STRONG' For 'BREAKFAST'." 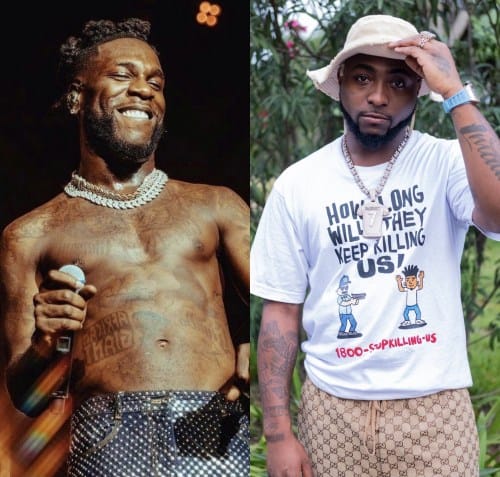 Odogwu has stirred mixed reactions with his new music announcement.

The Grammy winner is trending after the stunt he pulled on Twitter. For those active on Twitter, you would recall seeing his name on the trend table after he announced his new song , “Last Last” will be released on the 13th of May, 2022.

May 13th happens to be the same day Davido will be dropping the first single off his new album and Burna’s announcement came 3 hours after he announced his.

Nigerians hopped on Instagram to drag Burna for chasing clout. They are commented that Odogwu is wrong for trying to steal attention from Davido’s incoming single.

Others stated that Burna Boy should have waited or postponed the date of his new song release instead of announcing it and dividing the music industry. 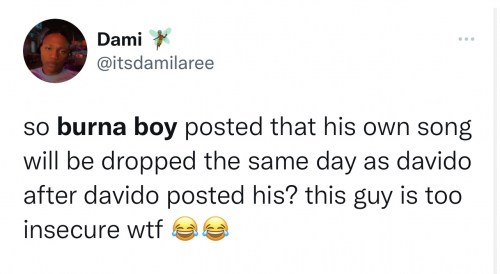 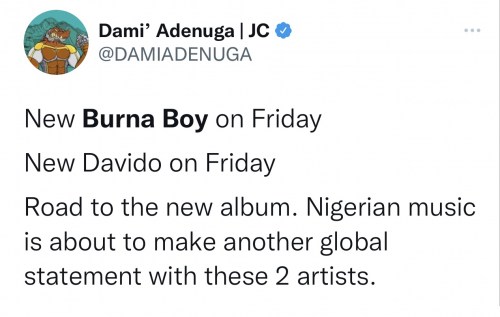