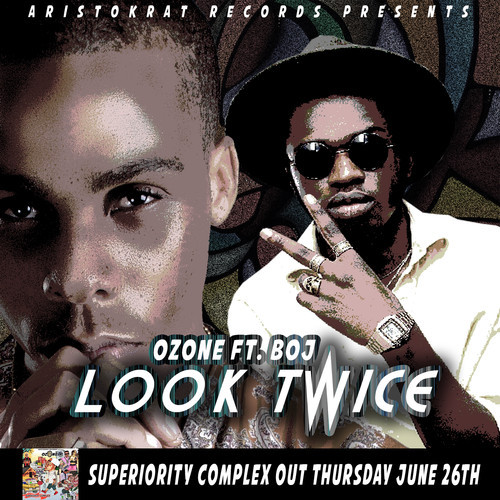 Aristokrat Records/960 Music’s Ozone drops his second single off his upcoming SUPERIORITY COMPLEX mixtape, which is set to be released on the 26th of June. The explosive track titled ‘Look Twice’ featuring BOJ, was produced by Aristokrat Records producer Leriq and the song is a true representation of Ozone’s rap talent. He impressed rap lovers with his last release ‘In The Morning’ and since then, his fans have been eager to get their hands on more of his hit songs. Ozone’s lyrical dexterity combined with BOJ’s distinctive vocals make‘Look Twice’ well worth the wait, giving fans a taste of what SUPERIORITY COMPLEX has to offer.