Previous: Waje Set To Drop New Video, See Behind The Scene Photos From The Shoot

According to reports, The pair were dropped following the way Peter, handled an issue that occurred during the grand finale of dance competition, ‘Dance with Peter’. 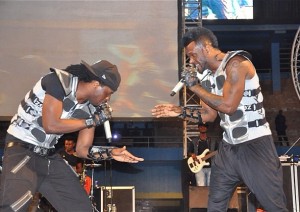 Peter and one of the company’s representative had been involved in a issue that the singer/dancer handled unprofessionally, resulting in their termination as brand ambassador.

The sources also revealed that truly, the company had defaiulted in some of the promises made, but that did not give Peter the right to insult them.

As at the time of this report, no comment has been gotten from Psquare.