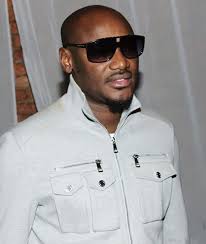 2baba looks like he has won the battle for the ownership of his chart-topping song, Amaka. If not the entire battle, at least the most intense part of it; which is the media battle.

2baba featured Peruzzi on a pop song titled, Amaka. The song, upon release, became a hit; with massive airplay and music charts success.

The iconic singer was earlier called out for stealing the song from an up and coming act named Yoko B. Sunday PUNCH broke the story on July 8th, 2018; and it spread like loose gas. Yoko B, in an interview, said, “the new song, Amaka, by 2baba featuring Peruzzi is my concept.”

We hereby retract the said story and tender an apology to Mr. Innocent Idibia, aka 2Baba, who we hold in high regard.“

The retraction might not come from his primary accuser, but the fact that the media outlet decided to retract the publication suggests that there is an air of uncertainty around the story. And the retraction can be taken as some sort of vindication for 2baba.