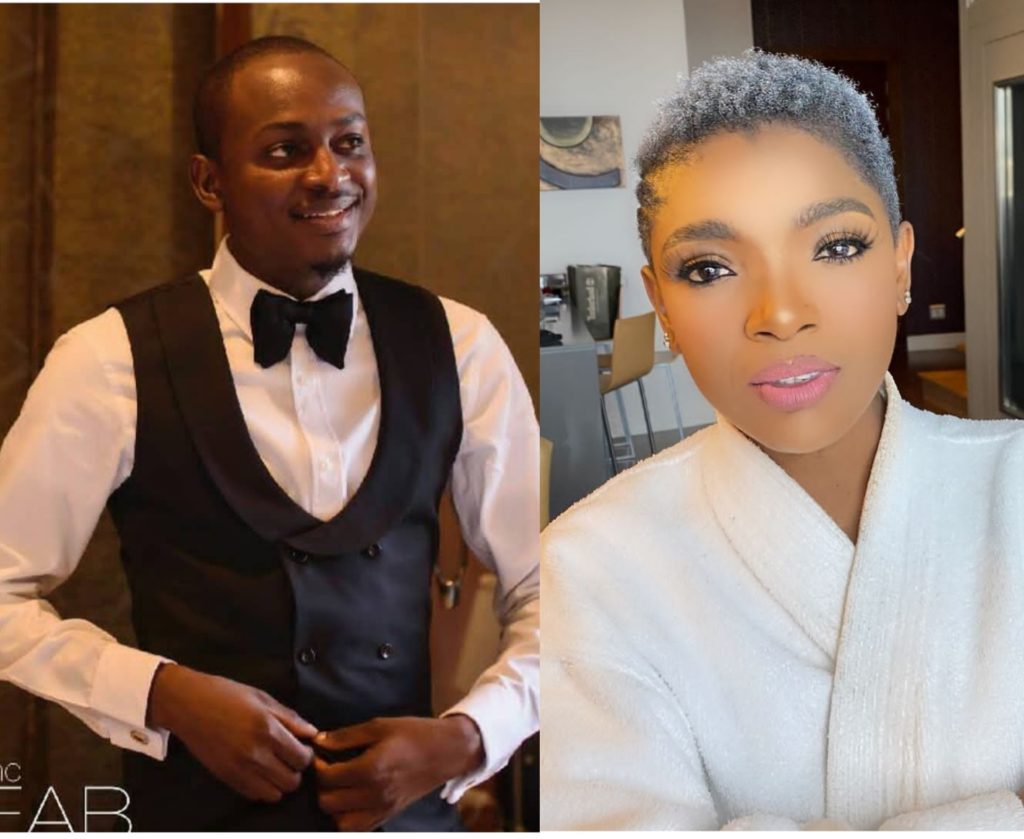 He took to Instagram to reply to her after she called out his brother for his association with his first baby mama, Pero.

According to Charly, Today is the day the lord has chosen to reveal The evil and wickedness of human hearts. He tagged Annie to the post and asked her if she was ready for the premium dragging he was sending her way. 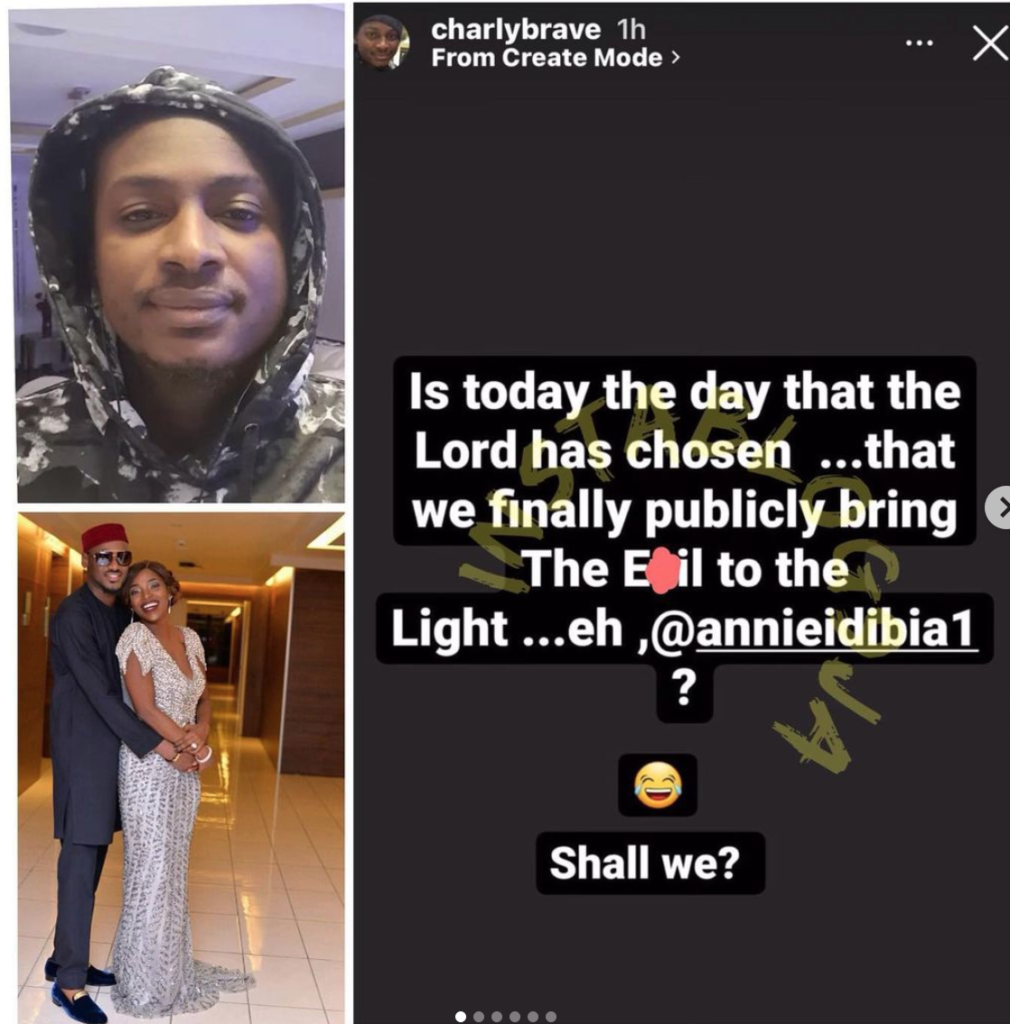 Annie responded and advised Charly to go get a job. She told him that he and his family should stop milking 2Baba because he is successful. She added that Charly is living under ‘her roof’ yet has the audacity to insult her and Mother. 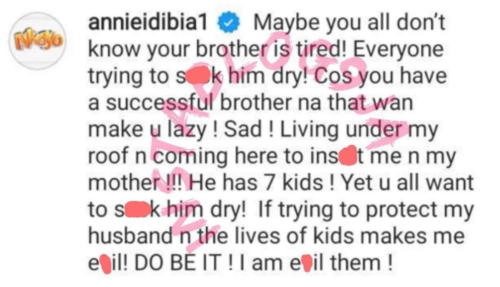 Charly informed her that she has gone mad for bringing up the house issue. He noted that whenever his family visited 2baba, Annie and her mother never allowed them to spend more than 2 hours there. He told her she was boring and he only visits because of his nieces. He added that he is going to keep mute out of respect for his brother and Annie can continue brandishing her dirty linen outside. 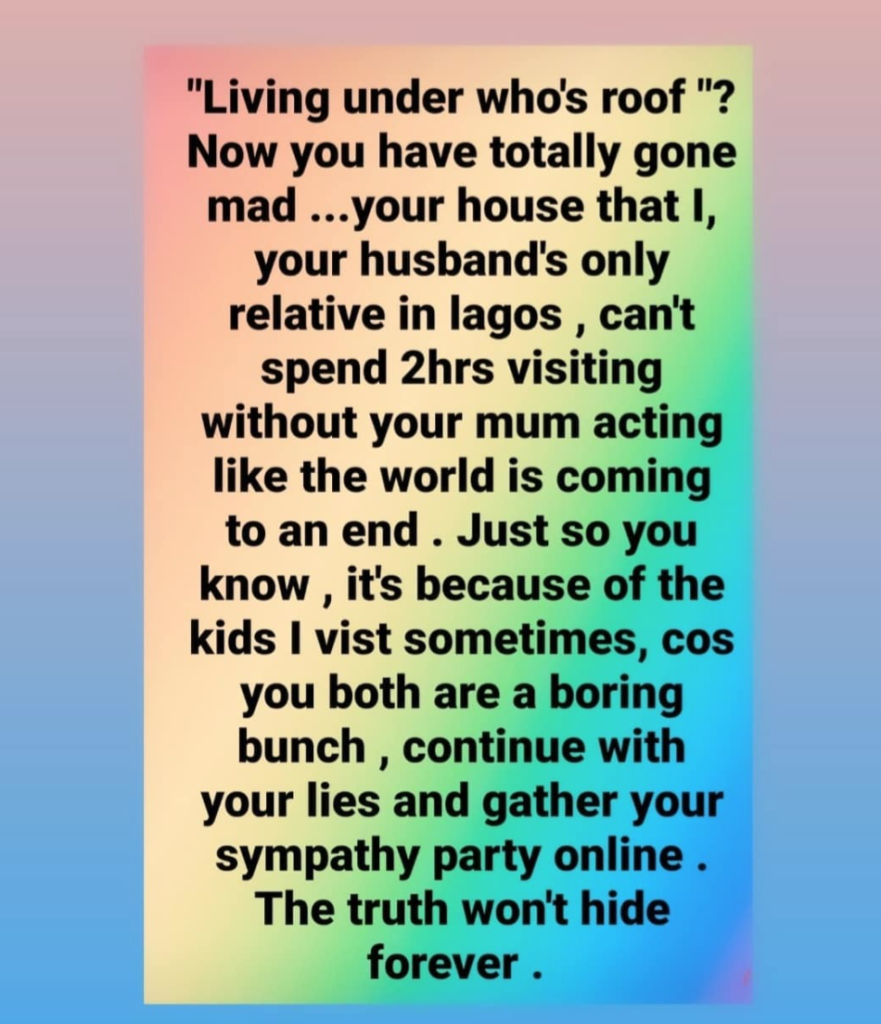 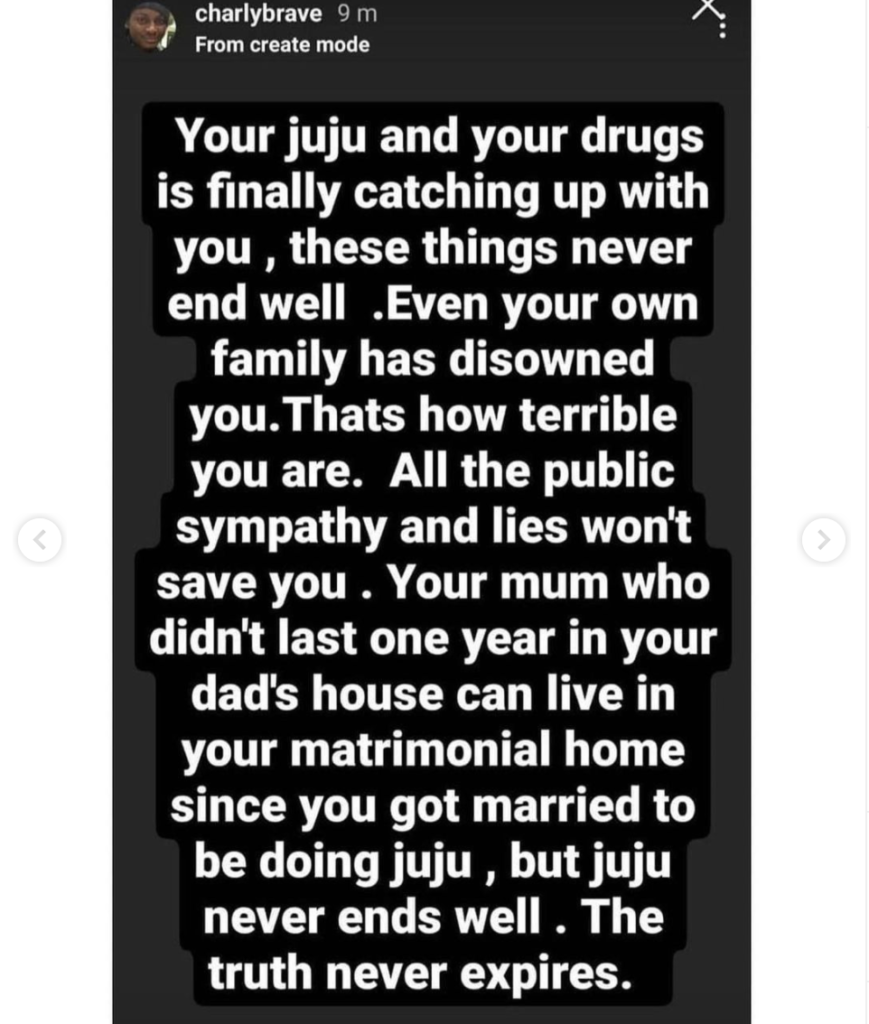 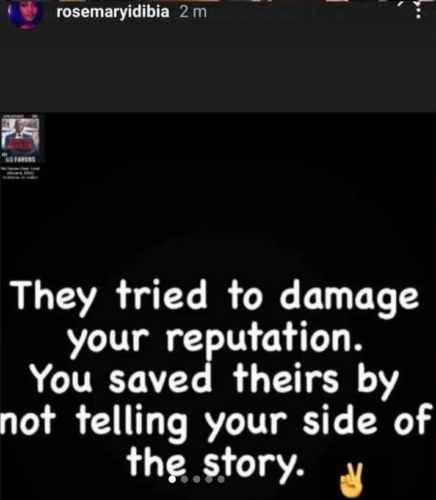 With the drama slowly unfolding , Netizens are waiting for 2baba to comment on the issue. When he does, we will keep you posted.