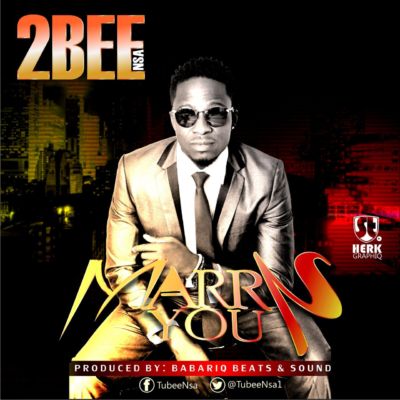 2bee is on a massive good music attack, After rocking the media and the street with his previous single, iya-iya oo featuring Easy Lion , 2bee is back with a brand new jam, “Marry You”.

2bee is really going to go places with this brand new jam which was produced by Babariq Beats and sound. After listening to this song you sure will understand why 2bee is the next rated street ambassador.

He’s Nigerian multi talented act Offiong Nsa popularly known as “2BEE Nsa, 2bee is synonymous with creating raves and hitting the mark when it’s all about making tunes. 2bee is one act that craves for songs transforming into lifestyle and beats that will transcend our music and hiplife boarders.

2bee’s versatility runs through the fast and equally slow tempo, an afrobeat Singer and an excellent songwriter. He plans to affect lives positively with his music career further proving a point globally with numerous ?crossover-Hybrid synergies with good music to his credit, and still counting.