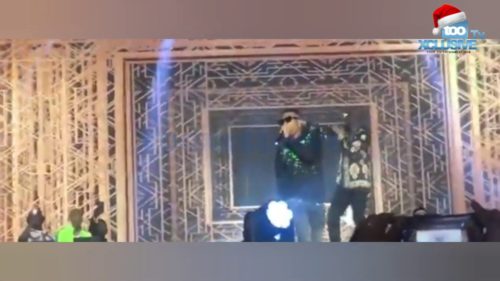 2baba’s concert was held on the 28th of December, 2019 and he was honoured with a surprise appearance by Wizkid.

The legendary singer wasn’t expecting Wizkid to come dish out a performance as he was not on the list of performer’s for the night due to his tight schedule. However, the Starboy decided to surprise the legend who is his mentor with a performance and it was a great time for everyone present in the hall.

“2face Was My Inspiration When I Chose To Do Music – Wizkid Reveals At 2Baba’s Concert || Watch Video”, 4 out of 5 based on 7 ratings.