Wizkid pushed further into the global music market with the release of his third album titled “Sounds From The Other Side.” The album was released in July, 2017 by Starboy Entertainment, RCA Records, and Sony Music International. The album features the likes of Drake, Chris Brown, Major Lazer, TY Dolla Sign, Bucie, Efya and Trey Songz.

The album gathered a lot of early reaction from music lovers, especially in the African music community. The art cover was one of the major talking points of the album. Fans of the Starboy were split between praises and criticism for the choice of art cover for the ground breaking album. Wizkid settled for simplicity of art with the SFTOS art cover. 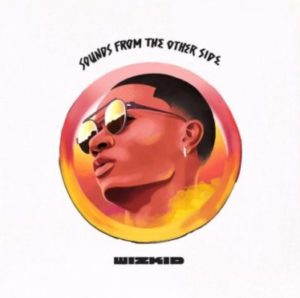 Interestingly, vvx creative group recently released four unused art covers for RCA Records, which was created by artist, Koby Martin for Wizkid’s Sounds From The Other Side. The brilliant artworks capture the very essence of the album and each of them bears the inspiring message of the exportation of Afrobeats and its elements to the west.

Wizkid's first baby mama, Shola took to Twitter to share a conversation between her and her's son headteacher. In the...