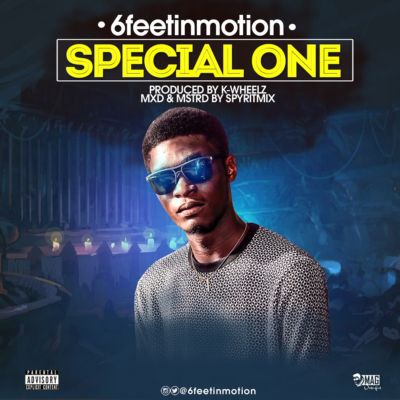 Recording artiste  6feetinmotion   real names Lawal Omotola IFEOLUWA is a hip hop/ Afro beats recording artiste from Oyo, Nigeria.
After d success of his previous single ‘Olo mi’ which was endorsed by top PRs & DJs such as Asa Asika,Dj Neptune etc. and his cover of Big Sean’s IDFWU titled’Look 2 Good’, and he also bounced on Olamide’s Who you Epp with his version;he’s back with a New Sound called ‘Special One’ where he professes his undying love for the girl of his dreams & how he’ll treat her right….This song is sure to get you into your dancing Shoes
Download & Enjoy