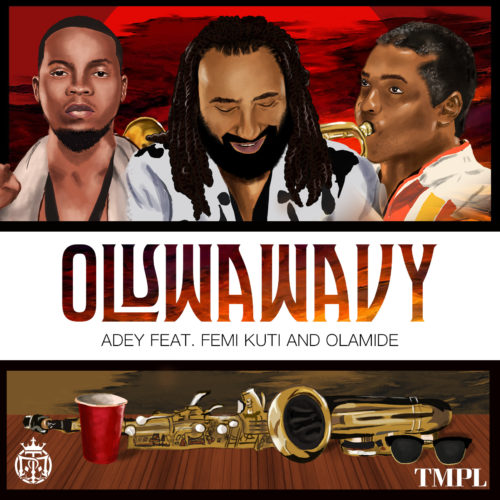 Adey – Oluwa Wavy ft. Olamide & Femi Kuti. Ah! This one is heavy. Super producer and singer, Adey teams up with Baron of the streets, Olamide alongside Afrobeat legend, Femi Kuti on “Oluwa Wavy“.

While Femi Kuti serves plenty groove with his golden pipes, Baddo comes through in his usual wobey vibe, and Adey tops it off with impeccable vocals (yes, he sang!) that reels the listener into a delightful frenzy.