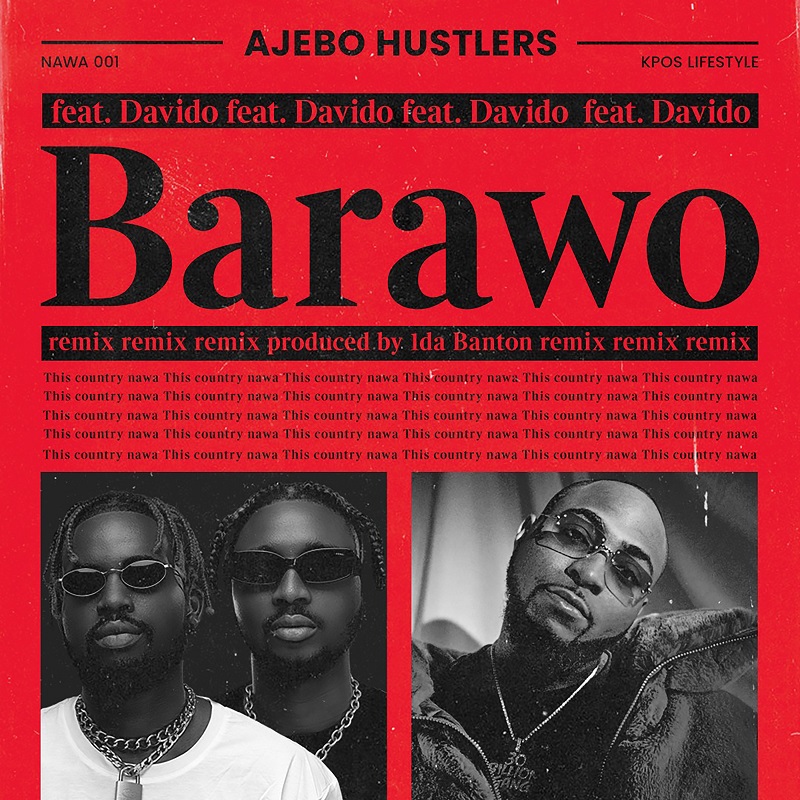 Talented Buzzing artistes who are leading their voice for a Better Nigeria, Ajebo Hustlers teams up with the Man/Artiste of the people/music fans, Davido for the release of “Barawo Remix”.

The song which ignited a campaign against jungle justice in Sub-Saharan Africa, is produced by the multi-talented music producer/singer, 1da Banton. The praised number talks about the extrajudicial killings in Africa, especially in Nigeria and is housed on their forthcoming extended play titled, “Timeless”.

The Davido aided remix for the conscious number about the diminishing state of the country, extrajudicial killings, and police brutality comes just the #EndSARS movements is hitting a fever high across the globe.

Davido and the green music stars Ajebo Hustlers, move to bring light to these societal ills with this Remix which is available on all music platforms.

GET “BARAWAO (REMIX)” ON DSPS