Are These The Biggest Songs To Ever Come Out Of Nigeria? 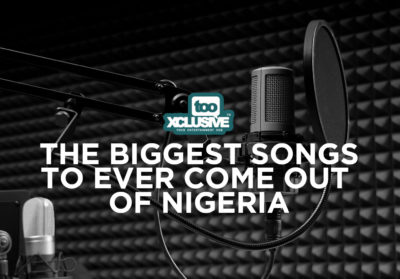 Over the years, the Nigerian music industry has witnessed so many great songs released by its musicians, many of them which have turned out to be songs that whenever, however and wherever you hear them, you’d have no choice but to either sing or dance along. These songs have shaken Nigeria as a country, Africa as a continent and the world as their habitat.

In this light, here are the 6 biggest songs to ever come out of Nigeria:

Do you agree with this list or do you have any songs you feel should be on it or better still replace any of them?

Nifemi is a graduate of the University of Lagos. He's a unique user of the pen when it comes to the expression of whatever. He is editor-in-chief of the organization and also a writer of news, articles, editorials and a lot more to help expand the level of knowledge of the readers and simultaneously have them entertained. A lover of music and football is who he is and a Man Utd die-hard.
Submit your comment
51 total pingbacks on this post